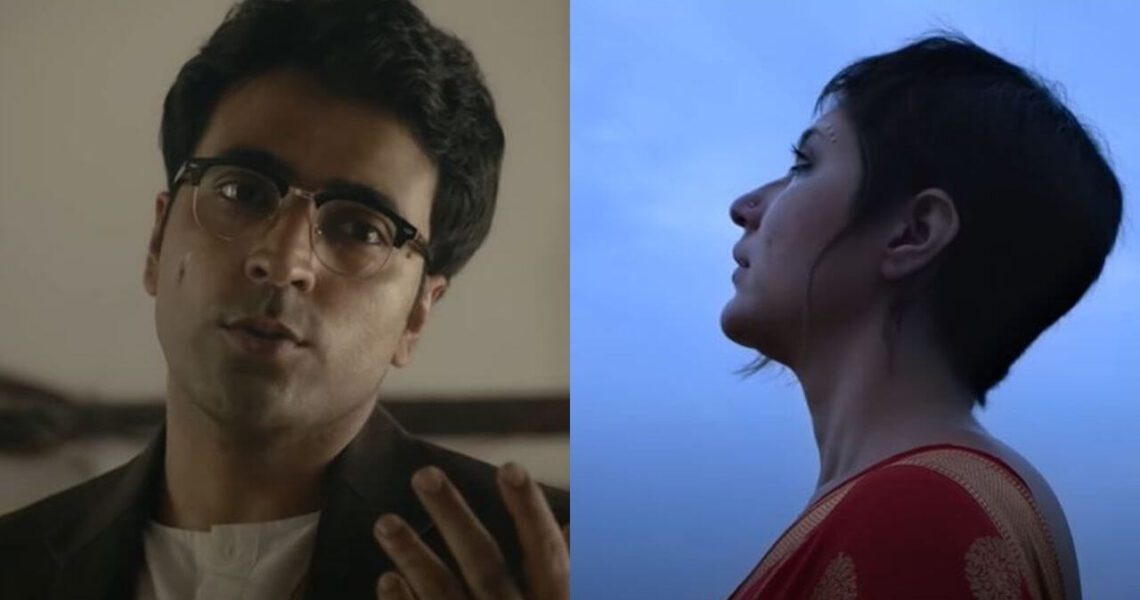 Some of the titles below may require an additional add-on on your Amazon Prime subscription in India.

Here is a list of the best Bengali movies to stream on Amazon Prime Video:

Sonar Kella is a Satyajit Ray directed adventure drama movie that showcases the story of a 6-year-old kid named Mukul. Mukul seems to remember memories of his previous life and keeps on drawing a golden fortress with a treasure. His father Sudhir hires a detective to look after Mukul as he might get in danger with crooks targeting him. Mukul mentioning precious jewels to a journalist get him quite an attention from crooks. The cast of this movie includes Soumitra Chatterjee, Santanu Bagchi and Kushal Chakraborty.

Gumnaami is a Bengali mystery drama movie that revolves around the story of the mysterious existence and death of Netaji Subhas Chandra Bose as Gumnaami Baba. The movie showcases how a journalist investigates the highly mysterious death of a hero. With Gumnaami Baba resembling Bose, things take a very interesting turn. The movie features Tanusree Chakraborty, Anirban Bhattacharya, Prosenjit Chatterjee and is directed by Srijit Mukherji.

Featuring Paoli Dam, Koushik Sen and Shayan Munshi in key roles, Banshiwala is a Bengali drama movie. The story of this film revolves around a guy named Mridul who has had a huge loss in his business career recently. He travels back to his ancestral village to sell his property but is hit back with flashbacks and memories. Meanwhile, the property is taken care of by an old headmaster and his daughter.

Aparjito is an old classic Bengali drama movie directed by Satyajit Ray that showcases the story of Apu. Apu leaves his hometown to pursue higher studies after his father’s death. However, his mother back home falls sick but doesn’t let Apu know of this because this might disturb him. It is the middle instalment of the Apu Trilogy by Ray which is considered cinema excellence. The movie features Samran Ghosal, Karuna Banerjee and Pinaki Sengupta in key roles.

Unlike any other Bengali movie, Chotushkone is a thriller movie that showcases four directors coming together and making four different stories connected via death. This is done by an unknown producer who has agreed on this idea. A great cinematic movie directed by Srijit Mukherji and features Aparna Sen, Goutam Ghose, Kaushik Ganguly and Parambrata Chatterjee.

Seemabaddha is a classic old Bengali drama movie directed by Satyajit Ray that features Sharmila Tagore, Barun Chanda and Parumita Chowdhury. The story of this film is adapted from the book Company Limited that showcases the story of a guy named Shyamal. He works at a fan manufacturing company with an authoritative position of director. Suddenly, he learns that one batch of fans made by his company has turned out to be defective and how corruption exploits this situation. This film also won the National Film Award for Best Feature Film in 1971.

This classic Bengali mystery crime movie is an old Bengali crime thriller directed by Satyajit Ray. The story of Chiriyakhana revolves around a detective named Byomkesh Bakshi, who is hired by a wealthy man. He is tasked to investigate an actress who eloped several years ago and was never seen. Things take a mysterious turn when the wealthy man is murdered during this investigation. The cast of the film includes Uttam Kumar, Kalipada Chakraborty and many more.

Byomkesh Parbo is a mystery thriller Bengali movie that showcases the tale of another investigation by popular detective Byomkesh Bakshi. In this film, Byomkesh is hired to investigate and find out about the arms left by the American soldiers after the Second World War. As he starts to connect the dots, he realises that it has a bigger conspiracy attached to it. The movie features Kaushik Sen, Abir Chatterjee, and Sohini Sarkar in key roles.

Bornoporichoy is a Bengali drama film featuring Priyanka Sarkar, Abir Chatterjee, Jisshu Sengupta and Sudip Mukerjee in key roles. The story of this film revolves around a smart police officer named Dhananjoy who is after a serial killer named Arko. As this chase moves further, Dhananjoy’s puts his personal life in jeopardy to catch the killer and bring justice.

As the title suggests, Generation Ami is a Bengali drama movie that showcases the story of a 17-year-old modern age teen. The film focuses on how a kid’s relationship with his parents is tested when he meets a troubled 19-year-old girl. He wants to pursue singing and songwriting but his parents aren’t optimistic about this decision. The cast of the film includes Sauraseni Maitra, Rwitobroto Mukherjee and many more.

Dhananjoy is one of the best Bengali movies on Amazon prime video that has been released in recent times. This drama movie showcases the story of a real-life case of Hetal Parekh, which took place in the year 1990. Dhananjoy Chatterjee, who was security is accused of the murder where Hetal lived was executed and hanged to death. The movie features Masood Akhtar, Mimi Chakraborty, Anirban Chatterjee and many more.

Padma Nadir Majhi is a classic Bengali drama movie that showcases the story of Hossian Miya who wants to do good for her community. She belongs to a Bengali Muslim community and tries to populate an island in the Padma Delta to have ideal life for all the community. This National Award-winning film features Utpal Dutt, Roopa Ganguly and Rabi Ghosh in key roles.

Chaar is a Bengali mystery drama movie featuring Abir Chatterjee, Saswata Chatterjee, and Paran Bandopadhyay in key roles. The film showcases the four different short stories written by different writers. The stories include Bateswarer Abodan by Parasuram; Porikkha by Sharadindu Bandyopadhyay; Kagtarua and Dui Bondhu by Satyajit Ray. One of the best anthology films in Bengali to watch on amazon prime video.

Vinci Da is a crime thriller Bengali movie featuring Rudnaril Ghosh, Sohini Sarkar, Srijit Mukherjee and Anirban Bhattacharya in key roles. The story of the film revolves around a makeup artist named Vinci Da who struggles to make ends meet in his professional life. Things get even worse when a lawyer uses his art as a tool for his criminal acts. One of the finest crime thrillers in the Bengali cinema scene.

A drama and feel-good Bengali film that showcases the journey of a kid. Phoring’s story revolves around a kid and a teacher who helps him learn about the harsh truths of life. When the kid starts getting the grasps of her lessons the teacher suddenly disappears. This film is a well-structured journey showcasing growth from a kid to an adult. The cast of the film includes Sohini Sarkar, Akash Adhikary, and Shankar Debnath in key roles.

Shah Jahan Regency is a Bengali drama movie based on the popular novel Chaurangi by Mani Shankar Mukherjee. The movie showcases the story of people living and working at the renowned hotel Shah Jahan Regency. The best part about this movie is the performances from talented actors like Swastika Mukherjee, Abir Chatterjee, Anjam Dutt and Parambrata Chatterjee.

Nouka Dubi is a romantic drama Bengali film featuring Raima Sen, Riya Sen, Jisshu Sengupta and Rituparno Ghosh in key roles. The story of this film is based on a Bengali novel written by Rabindranath Tagore. It revolves around a newly married couple who met with a horrifying accident and are the lone survivors. A few months later, the man realises that the woman who he thought was his wife was another person’s wife who looked like his wife. His real wife died in that accident.

We hope you had fun exploring these top Bengali movies on amazon prime video. Happy binging!