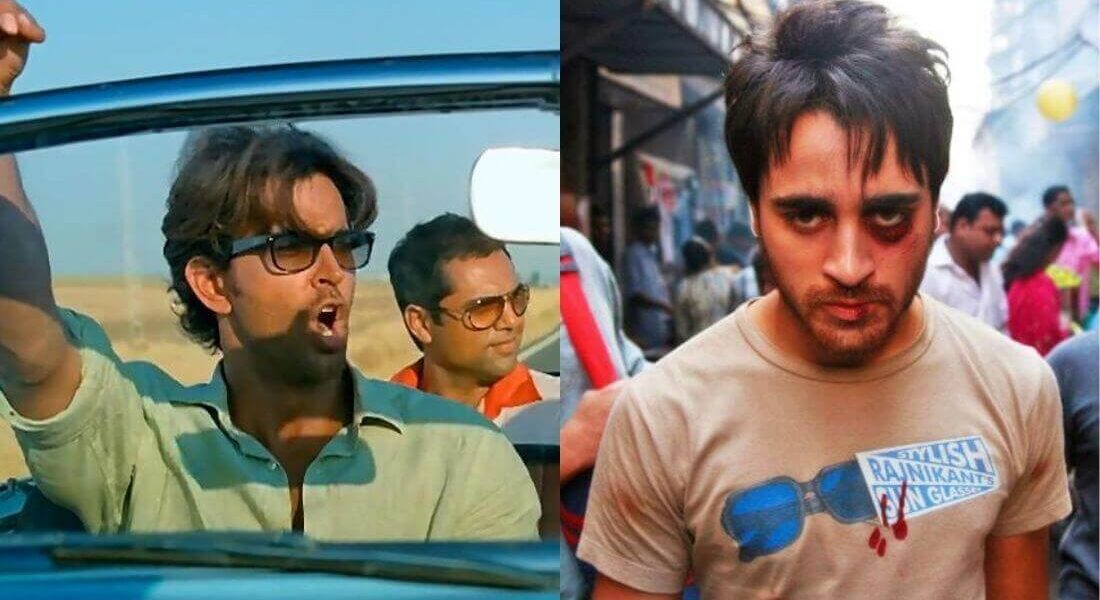 Netflix has various categories like comedy, sci-fi, thriller, drama etc. movies on their platform for users. Today, we are going to look at a particular niche that every Hindi cinema lover cherishes i.e. comedy movies. Comedy is the go-to genre for many Bollywood lovers as it gives you joy and makes you laugh out loud. And while there is a huge range of movies in this genre, Netflix has a collection of some of the funniest Hindi movies to stream. We have curated a list of the best Hindi comedy movies on Netflix that you can stream right now.

Here is a list of the best Hindi comedy movies on Netflix that will make you laugh out loud:

One of the best Hindi dark comedies on Netflix, Delhi Belly showcases the story of three friends who are in heavy debt. The story starts with one of the friends’ girlfriend delivering a package and goes on to them learning about that secret package that is insanely valuable. The police as well as a gangster are after that secret package that they have. The film cast includes Imran Khan, Vir Das, Shenaz Treasury, Vijay Raz, and Kunaal Roy Kapur. The movie was directed by Abhinay Deo and released in 2011.

Released in 2006, Bhagam Bhag is the story of a theatre group who travels to London for a show but its member Bunty and Babla gets involved in a murder mystery. This comedy thriller will make you laugh out loud no matter how many times you have watched it. The comedy timing of Akshay Kumar, Govinda and Rajpal Yadav makes it worth a watch and still fresh for the memers in India. Apart from them, the cast also includes Tanushree Dutta, Paresh Rawal, and Lara Dutta in key roles.

If comedy is a religion then Phir Hera Pheri is the temple for all Hindi comedy lovers. Starring Akshay Kumar, Paresh Rawal and Sunil Shetty in key roles, Phir Hera Pheri is the sequel to Hera Pheri which showcases how Raju, Shyam and Baburao gets scammed. They again went back to being broke and in debt after getting scammed but still make us laugh with their schemes. The film was directed by Neeraj Vora and released in 2006. Apart from leads, the supporting cast like Rajpal Yadav, Bipasha Basu, Johnny Lever and Manoj Joshi also leave us LOL with their performance.

A movie that made the painting of horse and donkey a very popular meme among Indians. Welcome is a rom-com starring Akshay Kumar, Katrina Kaif, Anil Kapoor, Paresh Rawal and Nana Patekar in key roles. The story of the movie revolves around Rajiv who loves Sanjana but gets to know that she is the sister of a renowned gangster. Things tend to get more hilarious yet thrilling when Rajiv’s uncle refuses the match. The film was directed by Anees Bazmee and released in 2007.

Directed by Tarun Mansukhani and produced by Karan Johar, Dostana is the story of a love triangle in which two guys fall for the same girl. To get an apartment, both Sam and Kunal pretend to be a gay couple and fall in love with their roommate who is a straight woman. Later, both of them get to know that she loves someone else. The chemistry between both the guys played by Abhishek Bachchan and John Abraham is so awesome that it makes you ROFL. The cast also includes Priyanka Chopra Jonas, Kirron Kher and Bobby Deol among others.

Starring young talent like Ali Fazal, Pulkit Samrat, Manjot Singh and Varun Sharma, Fukrey is the story of a group of friends who want to make quick money. This all starts with Choocha having a dream and Hunny decoding it into a number for a lottery ticket. They make a verbal agreement with Bholi Panjaban to invest in their plan but this time things don’t work out as they want. This comedy movie was directed by Mrigdeep Singh Lamba and released in 2013.

Bareilly Ki Barfi is a rom-com released in 2017 that showcases the story of Chirag a publisher and Bitti who is a bold girl from Bareilly. Bitti read a book that was written by Chirag but published in the name of a friend named Pritam Vidrohi as he was ashamed of it. After reading the book, Bitti wants to meet the writer as she loves her thoughts in the book but Chirag can’ tell he was the one who wrote the book. The key roles in the film are played by Ayushmann Khurana, Rajkummar Rao, Kriti Sanon and Pankaj Tripathi.

One of the best Hindi comedy movies on Netflix you can stream is Andhadhun featuring Ayushmann Khurana, Tabu, Radhika Apte and Anil Dhawan in key roles. The movie showcases the story of Akash, who is a piano player pretending to be a blind person and accidentally witnesses the murder of a veteran film actor. This dark comedy has won numerous awards including National Award for Best Feature Film as well.

Stree is one of the best horror-comedy that Bollywood has successfully pulled off. The movie features Rajkummar Rao, Aparshakti Khurana, Shraddha Kapoor, Pankaj Tripathi and Abhishek Banerjee among others. The story revolves around the Chanderi where it is believed that a woman’s spirit attacks men at night during festivals. The fun fact is that it is inspired by true events and stories. The film released in 2018 and was directed by Amar Kaushik.

One of the favourite comedy films especially for memers is Chup Chup Ke featuring Shahid Kapoor, Paresh Rawal, Rajpal Yadav and Kareena Kapoor among others. The film showcases the story of Jeetu who tried to commit suicide due to debt on him and his family but is saved by a fisherman. He reaches different places and acts like a man with a hearing and speaking impairment making the scenario super hilarious. One of our favourite characters from the movie is Bandiya, the fisherman’s assistant that gets stuck in hilarious events unintentionally. The film was directed by Priyadarshan and released in 2006.

Someone who has recently broken up, this movie by Luv Ranjan is like a painkiller. Released in 2015, this rom-com is a sequel to Pyar Ka Punchnama which was initially released in 2011. The story revolves around three friends named Anshul, Siddharth and Tarun who live together in an apartment in Delhi NCR. After all 3 of them get into a relationship they experience the dark and toxic side of love that people experience. The movie features young talent like Kartik Aaryan, Sunny Singh, Omkar Kapoor and Nushratt Barucha in key roles.

A blockbuster comedy-drama from the 2000’s yet still fresh in our memories. Munna Bhai MBBS is the story of Murali aka Munna who is a goon but pretends to be a doctor in front of his family. When his family finds out, he feels regret and actually enrols in a medical college. This drives Dr Asthana crazy as he was the one to disclose his secret earlier. The movie features Sanjay Dutt, Boman Irani, Arshad Warsi, Sunil Dutt and Jimmy Shergill among others.

Directed by Aanand L. Rai, Tanu Weds Manu is the story of a London based doctor named Manu who comes to India to find a bride and ends up meeting Tanuja aka Tanu. Things take a turn when Manu learns that Tanu loves some other guy named Raja and later they meet accidentally at a mutual friend’s wedding. The cast of the film includes R. Madhavan, Deepak Dobriyal, Kangana Ranaut, Swara Bhaskar and Jimmy Shergill among others. This is one of the best Hindi comedy movies on Netflix to watch with your family.

Released in 2016, Kapoor & Sons is a family comedy-drama that showcases the story of the Kapoor family and two brothers named Arjun and Rahul who come home to meet their grandfather. The film is a roller coaster full of emotions and relates so much to modern-age families. Things turn intense when a girl causes a rift between the two brothers again. The movie features Siddharth Malhotra, Alia Bhatt, Fawad Khan, Rishi Kapoor, Rajat Kapoor and Ratna Pathak among others.

Recently released in 2021, Pagglait is a drama-comedy that showcases the story of a young woman who gets widowed very soon after marriage and is unable to grieve. She is forced to examine her priorities and find herself. The movie takes a subtle dig at the societal norms in a traditional Hindu family. The cast of the film includes Sanya Malhotra, Sayani Gupta, Shruti Sharma and Sheeba Chaddha in key roles.

Ludo is one of the best comedy films released in 2020 during coronavirus lockdown in India. This comedy-drama showcases four different stories that are interconnected to each other’s fate. Directed by Anurag Basu, Ludo brings a dark comedy story vibe that includes a controversial sex tape, a bag full of cash and unsettled scores. The movie features Abhishek Bachchan, Rajkummar Rao, Rohit Saraf, Sanya Malhotra, Fatima Sana Shaikh, Aditya Roy Kapur and Pankaj Tripathi among others.

Featuring Kartik Aaryan, Kriti Sanon, Pankaj Tripathi, and Aparshakti Khurana in key roles, this movie is full of slapstick and wholesome comedy.  The story of the film revolves around Guddu, a reporter who falls for Rashmi and wants to try a live-in relationship but it has its own challenges in a small town. The families of both think that they have eloped and got married. A wholesome movie on Netflix to make your day better.

Yet another classic Hindi comedy movie on Netflix is Aamir and Slaman Khan starrer Andaz Apna Apna. The film still leaves you with laughs and smiles even after 27 years. The movie showcases the story of Amar and Prem who come from a middle-class family and want to marry the millionaire’s daughter, Raveena. As the story proceeds, they discover an evil twin brother of Raveena’s father who tries to destroy them. The film also includes Raveena Tandon, Karishma Kapoor, Paresh Rawal and Shakti Kapoor among others.

A very realistic and funny tale of a man in East India who owns a pan shop and is struggling to survive. Suddenly, things take a turn when a pretty school girl moves in across the street. The shop owner falls for the girl without even interacting with her once and feels emotions like jealousy and betrayal. The movie features Jitendra Kumar, Ritika Badiani, and Alam Khan among others. The film is directed by Apurva Dhar Badgaiyann and released in June 2020.

A Hindi comedy movie on Netflix that you can watch over and over and not get bored is ZNMD aka Zindagi Na Milegi Dobara. A wholesome romantic comedy with lots of adventure, ZNMD takes you through the journey of three best friends who made a pact to travel abroad and explore. While exploring places they found themselves who they are what they want in life. Amazing storyline and great direction by Zoya Akhtar. The cast of the movie includes Hritik Roshan, Farhan Akhtar, Abhay Deol, Katrina Kaif and Kalki Koechlin in key roles.

We hope you had fun exploring these best Hindi comedy movies on Netflix. Happy binging!