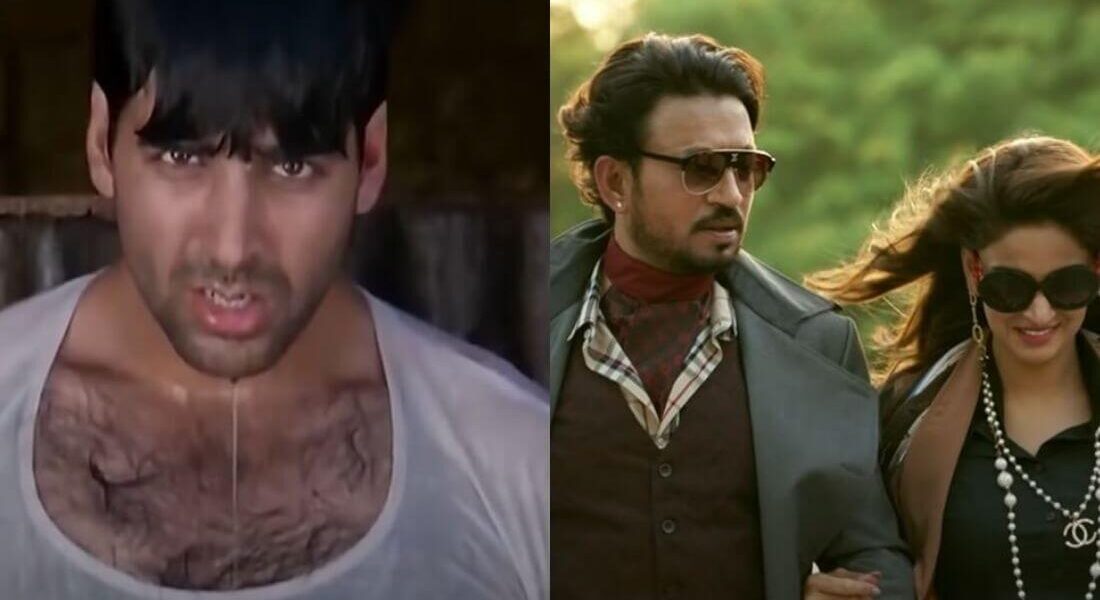 If you are searching for Best Hindi comedy movies on Amazon Prime, you have come to the right place. Comedy is one genre that everyone loves and enjoys. Be it children or aged individuals. Although, making the audience laugh to your performance is not a piece of cake. Here we have curated some Hindi comedy movies on Amazon Prime that’ll cheer up your mood definitely.

There are a lot of comedy movies online, but these are some of the top movies of all time available on Amazon Prime Video.

Here’s a list of 13 best Hindi comedy movies on Amazon Prime you should watch:

Released in 2020, Jawaani Jaaneman is a comedy-drama Bollywood movie starring Saif Ali Khan, Tabu and Alaya F. The movie revolves around the story of Jazz, a 40-year-old bachelor with an exciting lifestyle. Played by Saif, Jazz is a character who tries to look young but is actually old. Although, Jazz parties frequently and suddenly meets his own daughter in a club.

Things tend to get complicated after this surprise in his life. To know more, stream this movie or add this to your watchlist.

A blockbuster from 2019, Good Newwz is one of Best Hindi Comedy Movies on Amazon Prime. Good Newwz has a star cast like Akshay Kumar, Kareena Kapoor, Diljit Dosanjh and Kiara Advani as lead actors. Apart from that, the comedy timings of Akshay and Diljit is a cherry on top.

The story is based on two different families named Batras. Both Batra families are trying for a baby but things get complicated due to confusion. To know more, stream this movie or add this to your watchlist.

Starring Irrfan Khan and Saba Qamar as lead actors, Hindi Medium was 2017 super hit movie. The best part of the movie is the story and performance of both the actors. The comedy and emotional touch makes it one of the Best Hindi Comedy Movies on Amazon Prime.

Directed by Saket Chaudhary, Hindi Medium is a story of a family trying to admit their daughter into a superior English medium school and ends up into a government school.

A great comedy-thriller starring Irrfan Khan, Kirti Kulhari, Anuroday Singh, Divya Dutta and more among others. The story revolves around Dev, who discovers his wife has been cheating on him. Instead of facing her, Dev starts to blackmail his wife and her lover.

It impresses the audience as a black-comedy and is worth a watch.

An epic hit comedy movie directed by Rohit Shetty and written by Neeraj Vora. The cast includes names like Arshad Warsi, Ajay Devgun, Tusshar Kapoor, Sharman Joshi and more among others. The story revolves around a group of four friends who get thrown out of college and start living secretly with a blind old couple.

The movie ensures you a laughter riot.  To know more, stream this movie or add this to your watchlist.

A vintage comedy-drama film with not so big success commercially. Starring big names like Salman Khan, Aamir Khan, Raveena Tandon, Karishma Kapoor, Shakti Kapoor and more among others. The story revolves around two friends, Amar and Prem who conspire to marry the daughter of a millionaire.

Things tend to get complicated when the millionaire father has a twin evil brother. To know more, stream this movie or add this to your watchlist.

Also Read: 9 Best Motivational Web Series In Hindi That Will Inspire To Never Give Up

The first part of the popular comedy movie series, Hera Pheri is a classic comedy-drama. The memes from this movie are an everyday thing on the internet. The best part about this movie is the comedy timing of all three main characters Raju, Babu Rao and Shyaam. The cast includes legends like Akshay Kumar, Paresh Rawal and Sunil Shetty.

Directed by Priyadarshan, this movie is a legit best comedy movie.

Released in 2006, Phir Hera Pheri was the sequel of Hera Pheri. This amazing comedy-drama was another blockbuster from the trio. Akshay Kumar as Raju has given more memes to Indian Pop Culture than anyone else. The story of this sequel revolves around the scam of Laxmi Chit Fund and Diamonds.

The movie is the best Hindi comedy one can watch.

A blockbuster film directed by renowned director Rajkumar Hirani. This movie is known for the iconic performance of Sanjay Dutt and Arshad Warsi as actors. It is a classic mix of drama, action, and comedy. You can watch this again and again, but you won’t get bored.

Another Akshay Kumar starrer hit comedy released in 2007. The movie also stars actors like Anil Kapoor, Nana Patekar, Paresh Rawal, Katrina Kaif and more among others. This move has also given a lot of memes to the Indian Pop Culture.

The story revolves around Rajiv and Sanjana who love each other. On the other hand, Sanjana’s brother is a mafia don and when Rajiv got to know that, things get complicated.

The story of four crazy trying to impress a girl end up being indulged in a case of missing Dhol. The movie is filled with epic comic timings of actors like Kunal Khemu, Rajpal Yadav, Tusshar Kapoor and Sharman Joshi. On the other hand, Tanushree Dutta also does justice to her role as the female lead.

A perfect watch for people looking for family comedy-drama on Amazon Prime.

Also Read: 10 Best Indian Horror Web Series That Will Give You Nightmares

Directed by Priyadarshan, this Akshay Kumar and Govinda starrer is a great comedy-drama film. The story revolves around the Champak and his theatre group members Babla and Bunty. Things take a sudden turn when they get involved in a murder conspiracy.

Apart from the duo, the movie also stars Paresh Rawal, Lara Dutta, Rajpal Yadav and more among others.

Released in 2007, this comedy film is another masterpiece. The movie stars actors like Sanjay Dutt, Arshad Warsi, Riteish Deshmukh, Javed Jaffrey and more among others. The story revolves around a group of friends who get a secret of a treasure. They split among themselves and try to find out the treasure.

Above were some of the best Hindi comedy movies on Amazon Prime. Happy Binging!