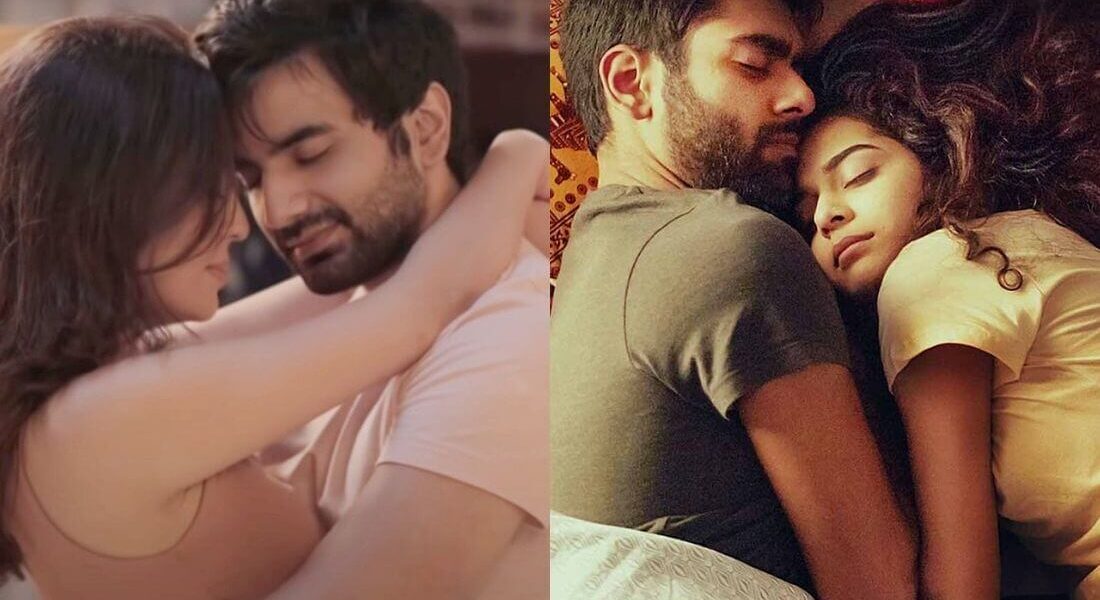 The pandemic this year kept us far from our loved ones and made us all a little mushy. To remind yourselves of the happy romantic days before the pandemic, we have some recommendations for you. With theatres being closed and people choosing to spend more time on the web, and web series have given us some great romantic stories and tales during these tough times. Here is a list of the best romantic web series in Hindi that will make you swoon:

One of the most realistic web series by Dice Media, this romantic story is about Shaurya and Sanya. These two young adults try to balance their work and life while working in an agency based out of Mumbai. The show has two seasons, in the first one, the storyline is about how they fall for each other while working in the same company. In the second season, Shaurya and Sanya go through the ups and downs of a relationship and still don’t give up on each other. The songs of the web series are also very soulful and soothing.

Starring Dhruv Sehgal and Mithila Palkar, this web series produced by Dice Media is the story of a couple going through their ups and downs. This comedy-romance web series has three seasons and is loved by the Millenial audience. The best part about this series is the chemistry between Dhruv and Kavya, it looks so natural and realistic. The series released in 2016 and the latest season was out in 2019.

Released recently on Netflix, Mismatched is a story of two teenagers who strike love while they are studying at an institute. The cast includes Prajakta Koli, Rohit Saraf, Rannvijay Singha, and more among others. The web series has a total of six episodes and is based on Sandhya Menon’s best-selling book ‘When Dimple Met Rishi’.

With Asha Negi and Sharman Joshi as lead actors, this romantic web series has been loved by many and is available on ZEE5 and ALTBalaji. The story revolves around how two opposite personalities fall for each other will being employer and employee as well. The series has two seasons where Anuj and Gauravi, the two leads discover love.

One of the most celebrated Hindi romantic web series, Permanent Roommates is a delight. The series has two seasons and star actors like Sumeet Vyas, Nidhi Singh, Sheeba Chadha, Deepak Kumar Misra, and more. The story of this series revolves around Tanya and Mikesh who after being in a relationship for a long time face marital prospects. The series was produced by The Viral Fever.

The story of a teenage romance by the timeliners. This romance tale revolves around the story of Rajat and Ishita. Rajat is a studious guy whereas Ishita is the new girl in the tuition. The web series star Taniya Manikantala, Ritvik Sahore, Sunakshi Grover, and more.

This Jitendra Kumar and Akanksha Thakur starrer web series is a unique tale where a dog creates a spark in the love life of Neel and Sameera. The story also shows how a pet plays a key role in bringing loved ones closer. Another great work by The Viral Fever.

Released in 2018, this Hindi romantic web series revolves around the story of Veer and Sameera who are broken but the universe has brought love to them again. The cast of the web series include actors like Vikrant Massey, Jitin Gulati, Harleen Sethi, and Pooja Bhamrrah. The series has 2 seasons as of now, the third season is to be released soon.

One of the most relatable rom-com web series for young adults. College Romance is a story of three couples in college who love, laugh, and live. The cast of the film includes Manjot Singh, Apoorva Arora, Keshav Sadhna, and Gagan Arora among others. The series became very popular for ‘Bagga’ as a character in the web series.

A mini-series about how Amol and Aahana fall in love with each other when they unexpectedly meet each other while on a trip to Hong Kong. This four-episode web series is a new entrant into the Hindi romantic web series niche and is produced by Viu. The lead actors in the show are Amol Parashar and Aahana Kumra.

Never kiss your best friend is a story about two best friends Singh Dillon and Tanie brar, who are based in London. The relation between them tends to get complicated when they kiss each other unintentionally. The cast of the show includes Anya Singh, Nakuul Mehta, Niki Walia and more among others.

12. It Happened In Calcutta – ALT Balaji

A love story based in the 60s and 70s era, where the couple Kusum and Ronobir’s journey impact history and wars. The main leads in the series are played by Karan Kundra and Naghma Rizwan.

We hope you liked the above mentioned best romantic web series in Hindi. Happy binging!