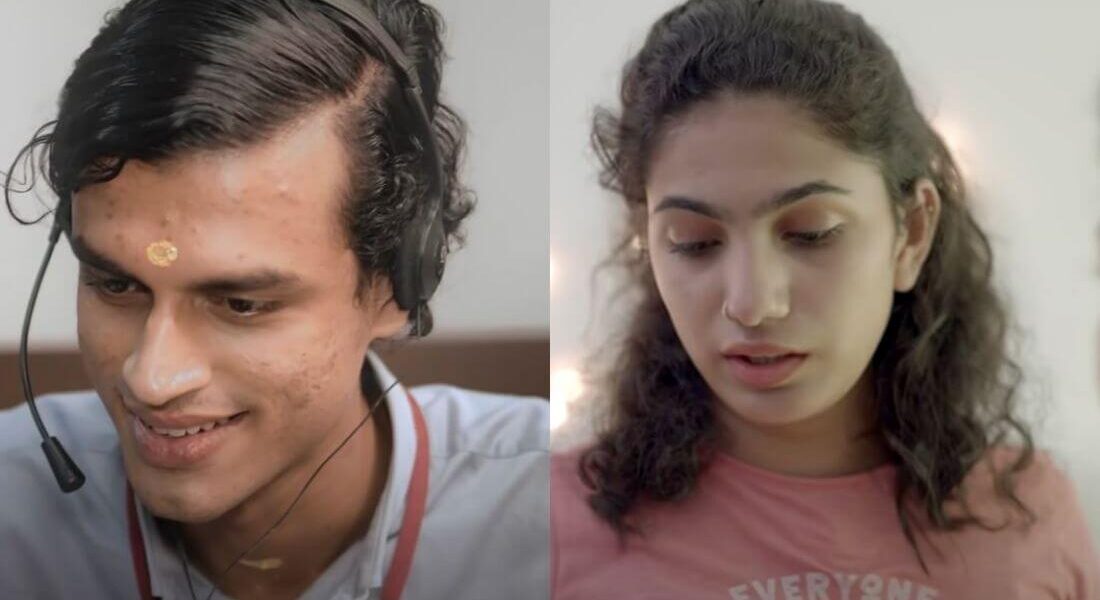 Here is a list of the best Malayalam web series that you need to watch:

A mini web series showcasing the story of three women who live together in an apartment. This comedy-drama web series beautifully captures the daily lives of these three women in a quirky and relatable way. A women-centric web series that you can definitely watch with your girl gang. The series features Vidhya Vijaykumar, Deepa Thomas and Sruthy Suresh in key roles.

Valli is another mini web series revolving around the story of Bhanu Prasad who is a small-town boy working in a customer care company. This Malayalam romantic drama web series also showcases the love story of Aneeta and Bhanu who work in the same company. The series was produced by Popcorn Creatives and has 6 episodes.

Also Read: Best Malayalam Movies Of 2021 That You Must Watch Right Now

A classic web series that revolves around the story of Surjith. The web series was created by Karikku Fliq in collaboration with English Cafe. It has received a lot of positive reviews from the audience and has more than a million views on YouTube. The web series has a total of five episodes with a medium length that you can binge-watch.

Toofan Mail is a mini web series showcasing the ultimate relationship between a daughter and her father. It gives you the message that no matter how much you have grown up, you’ll still be a little girl for your father. A cute and adorable tale featuring Archana Kavi and Jose Kavi in key roles.

Produced by Behindwood Ice, Kochi Heist is a 2021 released drama-comedy web series that showcases a robbery by youngsters. The story revolves around a group of young fellas who try to execute a big loot and get settled for the rest of their lives. Apparently, things turn south when some new members join in on the same thing. The cast includes Kaarthik Shankar, Arun Siva and Devika Nambiar among others.

As the name suggests, Love etc is a story about a couple who deal with all the ups and downs of being in a relationship. This web series gives you a message that there is more to life than only love. A great binge-watch Malayalam web series for all the couples. The cast includes Sarin, Nandini Sree etc.

‘Are You Ok Baby’ is aJack N Jill produced Malayalam web series that revolves around the marriage of Vava who is a 21-year-old guy. Vava’s marriage follow a lot of interesting events as him being the only child of the family. It is written as well as directed by Lenin Johny kottarathil & Princy Denny.

10-C is web series produced by IM4U that revolves around the story of a bunch of 10th standard students who keep you entertained with their adventures. This comedy drama web series will definitely give you nostalgic feels of your high school while watching. It is directed by Ajin Raj and includes actors like Sanju Madhu, Lakshmy Sanju, Sumith MB etc.

Released in 2020, Kili is claimed to be one of the most expensive web series made in Malayalam so far. This comedy series showcases the story of a group of friends who are stuck in lockdown during the pandemic and are affected in different ways. It is written by Sreejith B, Anand Manmadhan, and Jithin Issac Thomas jointly. The cast includes  Vishak Nair, Kaarthik Shankar, Sreejith Ravi, Vishnu Govindhan etc.

Another Malayalam comedy web series that has left audience in awe is Instagraamam. This web series has a slapstick humour that revolves around four youngsters living in the fictional village of Andippara. The web series is produced by Leena S and features actors like Deepak Parambol, Balu Varghese and Arjun Ashokan among others.

One of the best Malayam language web series produced so far is ‘Plus two class’. Written and directed by Nikhil Prasad, this mini web series revolves around a couple of 12th standard students. A funny and entertaining series of events during school life that will make you laugh out loud. The cast includes Binoy John, Anu K Aniyan, Sabareesh Sajjin etc.

Utsaha Ithihasam is a ZEE5 original web series that showcases the story of Nitin Rajendran who seeks help of his friend Kristo in destroying some property. Some very wrong decisions land both of them in an unfair world. This comedy web series features  Arjun Ratan, Rahul Rajagopal, Bejoy Balagopal, Pooja Nair and Shweta Netam Khare.

We hope you had fun exploring these best Malayalam web series. Happy binging!