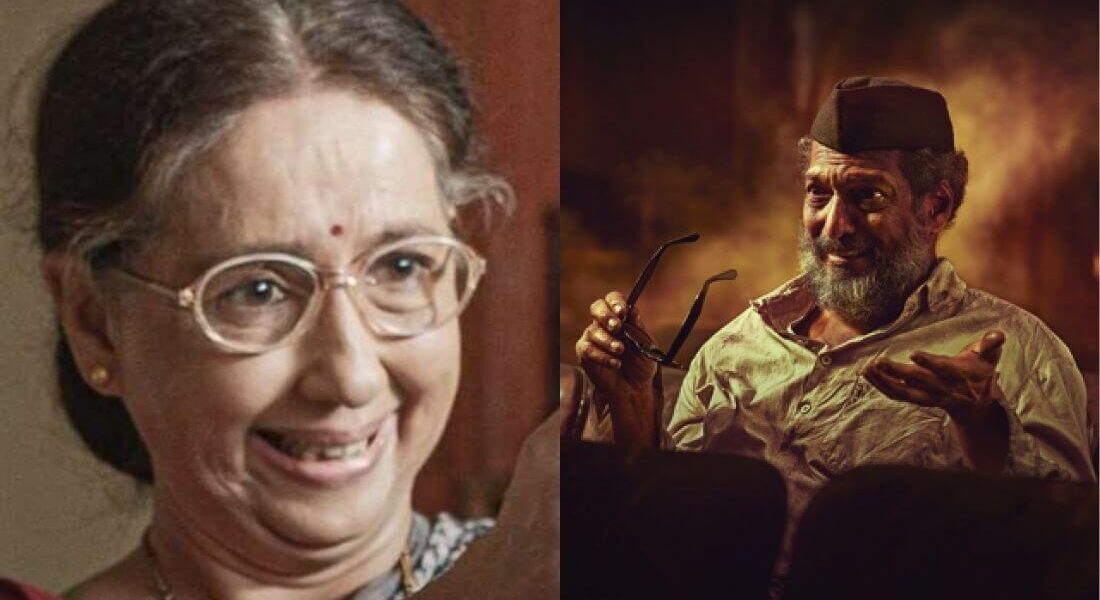 During the past couple of years, Amazon Prime Video has been levelling up its regional content game in India. Talking about regional content, Marathi movies have gained a lot of popularity especially during the lockdown period in the country. There are some Marathi films that star popular actors like Nana Patekar, Radhika Apte, Suvreen Chawla and many more. If you want to explore more, we have curated a list of the best Marathi movies on Amazon Prime Video to watch online.

Here is a list of best Marathi movies on Amazon Prime Video that you can’t afford to miss:

Released recently in 2021, Photo Prem is the story of a typical housewife named ‘Maee’ who is photophobic. Due to that, she doesn’t have a good picture of herself and thinks that the coming generations will forget him without the picture. In this movie, she tries to overcome the fear of the camera and get a decent picture of herself. The film is directed by Gayatri Patil and Aditya Rathi. The cast includes Neena Kulkarni, Amita Khopar and Vikas Hande in key roles.

Postcard follows the journey of a postman and three people whose lives are dependent on the incomplete letters that he reads for them. As the story proceeds, the postman gets emotionally attached to those letters. The film is directed by Gajendra Ahire and features actors like Radhika Apte, Girish Kulkarni, Dilip Prabhavalkar and many more.

Half Ticket is a Marathi family drama movie directed by Samit Kakkad. It is the story of two slum kids who are thrilled will the opening of a new pizza shop. The movie showcases how little desires like for a slice of pizza may be a small deal for a normal person but for these kids, it’s super expensive and like a dream. The cast of the film includes Anuya Baiche, Nitin Bodhare and Priyanka Bose in key roles.

YZ is a Marathi comedy movie that showcases the story of Gajanan who is a 33-year-old school teacher and his friendship with an 18-year-old guy named Battees. They both are truly opposite of each other but yet have an incredible journey of friendship and happiness. The film gives you a message of discovering your own self and being bold. The cast of the film includes Mukta Barve, Sagar Deshmukh, Sai Tamhankar and Akshay Tanksale in key roles.

Starring Sachin Khedekar, Pushkaraj Chirputkar, Satyajeet Patwardhan and Akarsh Khurana in key roles, Baapjanma is a comedy-drama that released in 2017. This Marathi movie on Amazon Prime showcases the story of Bhaskar who is a divorced guy and a father who has a not-so-good relation with his children. He tries to resolute the differences between him and his children when he learns about his critical illness. The movie is directed by Nipun Dharmadhikari.

Released in 2011, Deool movie revolves around the story of a young man named Keshya who gets a vision of Lord Dattatreya. After this incident, he believes that the god has arrived in his village but nobody believes him. The starcast of the film includes Dr. Mohan Agashe, Nana Patekar, Sonal Kulkarni, Dilip Prabhavalkar and Naseeruddin Shah among others. This Marathi film was shot in Satara district of Maharashtra.

Shala is a 2011 released Marathi romantic movie featuring Anshuman Joshi, Ketaki Mategaonkar, Jitendra Joshi and Santosh Juvekar in key roles. The story is adapted from a novel by the same name and showcases the story of a 14-year-old who falls for a girl in his class. The movie has also won the National Film Award for Best Screenplay.

One of the best Marathi movies on Amazon Prime Video is ‘Natsamrat’. The story of the film revolves around a retired theater actor whose children leave him and his wife homeless. The journey of this old age couple is heart breaking yet very real. The movie features Nana Patekar, Vikram Gokhale, Medha Manjarekar and Mrunmayee Deshpande in key roles.

Released in 2020, Prawaas is the story of an old-age couple named Abhijat and Lata. As the story proceeds, Abhijat finds himself in health problems and realises that his life was purposeless till now. He embarks on a journey to find his purpose in life along with her wife Lata. The cast of the film includes Ashok Saraf, Padmini Kolhapure, Vikram Gokale and Shashank Udapurkar in key roles.

Directed by Chandrakant Kulkarni, Aajacha Divas Majha is drama Marathi movie that showcases the story of an honest politician and a normal citizen of the country. Released in 2013, this movie revolves around Chief Minister of Maharashtra and an IAS officer who is accused of corrupt practises. The cast of the film includes Sachin Khedekar, Ashwini Bhave, Mahesh Manjrekar, and Hrishikesh Joshi in key roles.

Family Katta is a comedy-drama that showcases the Madhukar, Malati and their four children who unite for their 50th anniversary. Over the years they have had differences with their children and Malati wants to bring all the family together. The cast of the film includes talented actors like Vandane Gupte, Dilip Prabhavalkar, Sai Tamhankar and Aadesh Shrivastava among others.

A Marathi drama-romance that revolves around the story of a newly-wed couple Amit and Manjiri. As a newly-wed who moved out of family home, they struggle to find their space in the populous city of Mumbai. The cast of the film includes Mukta Barve, Ankush Choudhary, Vandana Gupte and Vidhyadhar Joshi in key roles.

Directed by Saurabh Bhave, Bonus is a 2020 released drama Marathi movie that revolves around a bussinessman. The businessman doesn’t believe in the concept of giving bonuses to his employees. Due to this misconception, his grandfather challenges him to switch roles with an ordinary employee. The movie features Gashmeer Mahajani, Pooja Sawant, Mohan Agashe and Yogesh Shirsat in key roles.

Another one of the best Marathi movies on amazon prime is ‘Aamhi Doghi’. Released in 2018, Aamhi Doghi is a story of Savitri who is a modern independent woman. After her mother’s demise her father marries a different woman named Amla. As the story proceeds, both these women try an build a relationship. The cast features Priya Bapat, Mukta Barve, and Prasad Barve among others.