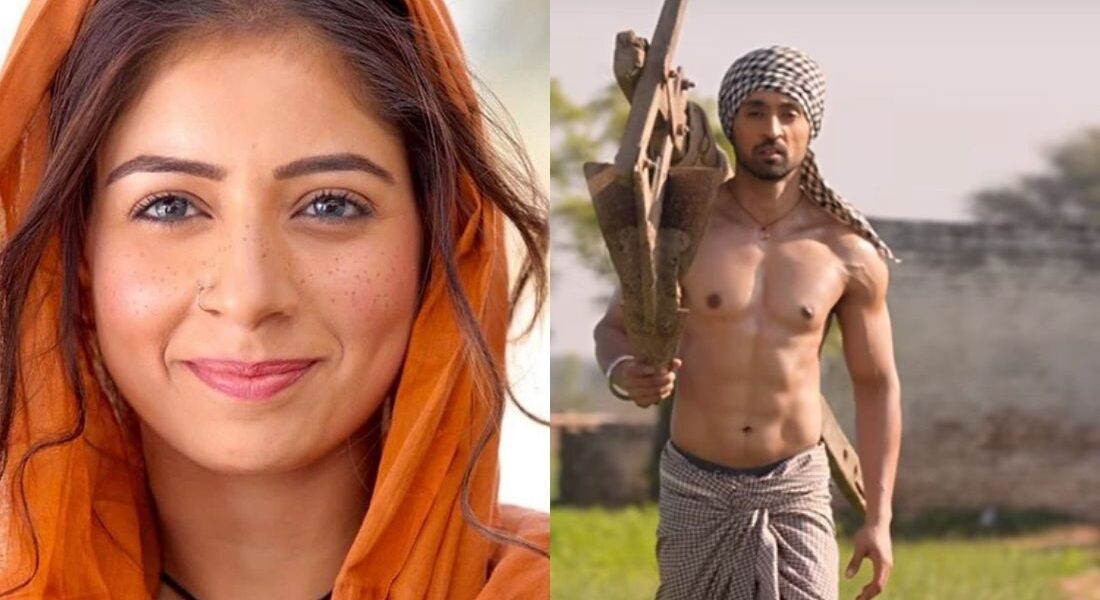 Over the years Punjabi cinema has grown and has been catching eyeballs across the globe. And if you have watched some Punjabi movies then you might feel good to know that we have curated a list of the best Punjabi movies on amazon prime that you must watch right now.

Here’s a list of best Punjabi movies on amazon prime that you can stream right now:

Released in 2020, Sufna is the story of Jeet and Teg who fall in love with each other but have very difficulty in maintaining that while living in a village. Jeet is a young man who helps his father with farming and lives carefree whereas Teg is a poor labourer who works in the field for her survival. It is one of the purest romantic drama Punjabi films available on Amazon Prime Video. The cast of the movie includes Ammy Virk, Tania, Jagjeet Sandhu and many more.

Starring Diljit Dosanjh and Neeru Bajwa as lead actors, Shadaa is a story about singlehood. The plot of the film revolves around Chadta who seeks a perfect match for him under pressure from his parents although he doesn’t believe in the concept of marriage. Later he meets Vajhail and things take an interesting turn as Chadta comes close to her in a wedding. A great Punjabi romantic comedy film on Amazon Prime Video to make you feel good.

One of the best Punjabi movies on amazon prime you can stream is Ardab Mutiyaran. Starring Sonam Bajwa, Ninja and Mehrene Kaur this movie takes your emotions on a roller coaster ride. The movie has 2 parallel stories, one where Babbu an independent woman struggles to get married to a man dominated by his sister-in-law. On the other hand, Vicky is stuck married to his boss who hates each other to the core.

Based on the historic event of operation Blue Star, a wife loses her husband and her son goes missing. One of the most intense and highly appreciated films of Punjabi cinema is Punjab 1984. During the political turmoil in 1984, a mother struggles to find his missing son who is being misjudged and called a terrorist. The cast of the film includes Diljit Dosanjh, Kirron Kher, Pawan Malhotra and many more.

According to an old custom called ‘Muklawa’, a groom has to wait for a certain period to meet his wife. This movie is based on that custom where Shinda gets married to Taaro but they see each other before Muklawa. The film is set pre-partition era and includes talented actors like Sonam Bajwa, Ammy Virk, Sarabjit Cheema and many more.

Yaar Anmulle is the story of three college friends named Guru, Deep and Sher Singh who live in the hostel. Released in 2011, this college romantic-comedy film will give a nostalgia of your college days for sure. The cast of the film includes Arya Babbar, Yuvraj Hans, Harish Verma and many more.

Released in 2014, Disco Singh is the story of Lattu who aims to become a successful singer one day and release an album. Things were not going his way until he meets with a gangster and his girlfriend Sweety whom he fells in love with. The music of the film is very good and overall the movie tickles your funny bone. The cast of the film includes Suvreen Chawla, Diljit Dosanjh, Apoorva Arora and many more.

Another Diljit Dosanjh starring romantic comedy but with a twist of fantasy. The story of this movie revolves around Jaggi who is a ghostbuster. Jaggi is tasked to drive away a ghost in London but he falls in love with the ghost. Apart from Diljit, the cast of the film includes Neeru Bajwa, Mandy Takhar, Jaswinder Bhalla and many more.

Based on the life of six illegal immigrants, Chal Mera Putt is a full entertaining family comedy-drama. Released in 2019, the story of this film showcases the struggles and events that happen when some illegal immigrants try to make a living in the UK and look after each other. The cast of the film includes Amrinder Gill, Simi Chahal, Iftikhar Thakur and many more. Another Punjabi movie on amazon prime that you will enjoy wholeheartedly.

Starring Gippy Grewal, Sargun Mehta and Rajpal Yadav in lead roles, Chandigarh Amritsar Chandigarh is a story about a girl who comes to Amritsar to reject a guy. Surprisingly, she ends up spending 24 hours with a total stranger in this process. A Punjabi romantic comedy film to keep you away from blues.

After the successful response of ‘Carry on Jatta’, comes the second instalment of the movie. Released in 2018, the story of this film revolves around Jass, who is an orphan and dream to settle in Canada like many Punjabis wish. To fulfil that she tries to marry an NRI girl but things take a turn because he lies about many things to her wife to be. The cast of the film includes Sonam Bajwa, Gippy Grewal, Binnu Dhillon, Jaswinder Bhalla and many more.

Another Punjabi romantic-comedy film starring Ammy Virk and Sonam Bajwa was released in 2016. The story of this film revolves around a young man who tries to set up a scheme to marry a fellow student but faces many challenges in between. The film has many sequels that are also available to stream on Amazon Prime Video.

Ardaas is a 2016 released Punjabi drama movie featuring Ammy Virk, Rana Ranbir, Gurpreet Ghuggi, Sardar Sohi and Meher Vij in key roles. The movie showcases the story of Gurmukh Singh who is a teacher at a city school and has a strong belief in God. When Gurmukh moves to a village, he realises how locals face so many problems in their routine tasks and try to help them. This film is directed by popular Punjabi superstar singer Gippy Grewal and also has a sequel named ‘Ardaas Karaan’.

Singh Vs Kaur is a Punjabi rom-com movie that was released in 2013 featuring Gippy Grewal, Suvreen Chawla, Binnu Dhillon and Japji Khaira in key roles. The story of the film revolves around Nihal who is a naive guy from the village and people think of him as a useless person. To get out of a marriage proposal, he lies to his family about his girlfriend and ends up falling for her.

Dakuan Da Munda is an action drama Punjabi movie that was released in 2018 and gained a lot of popularity due to the popular song ‘Dollar’ sung by Sidhu Moosewala. The story of the film revolves around a young kabbadi player who gets in bad company and is hooked to drugs. Due to that, his career is in a declining phase and as he realising it, he tries to quit drugs and promote them among other youth as well. The cast includes Dev Kharoud, Lucky Dhaliwal, Pooja Verma and Jagjeet Sandhu.

Rocky Mental is 2017 released Punjabi action drama movie featuring Parmish Verma, Tannu Kaur Gill, Mahavir Bhullar and Karanveer Khullar in key roles. The film showcases the story of Rajdeep Singh Dhaliwal aka Rocky who is a national-level boxer. Rocky is framed by a guy in a rape case for getting close to her girlfriend which leads to even killing his best friend. One of the best Punjabi movies on Amazon Prime Video to watch with friends and family.

One of the best Punjabi movies on Amazon Prime is Uda Aida featuring Neeru Bajwa, Tarsem Jassar and Ansh Tejpal in key roles. The movie revolves around the story of a lower-middle-class family whose young boy gets admitted into a prestigious school. The class change is not only faced by the boy but also by the parents as they face wealthy families. The film is directed by Ksshitij Chaudhary and is written by Naresh Kathooria.

Rupinder Gandhi 2 is the sequel to Rupinder Gandhi: The Gangster movie, both are available to stream on Amazon Prime. This 2017 released drama action movie is based on the life of a real gangster who makes such choices that put him and his friends on the wrong side of the law. Rupinder Gandhi was a wanted gangster in Punjab and is still a known name in the crime-ridden areas.

We hope you have fun watching these Punjabi movies on Amazon Prime Video. Happy binging!