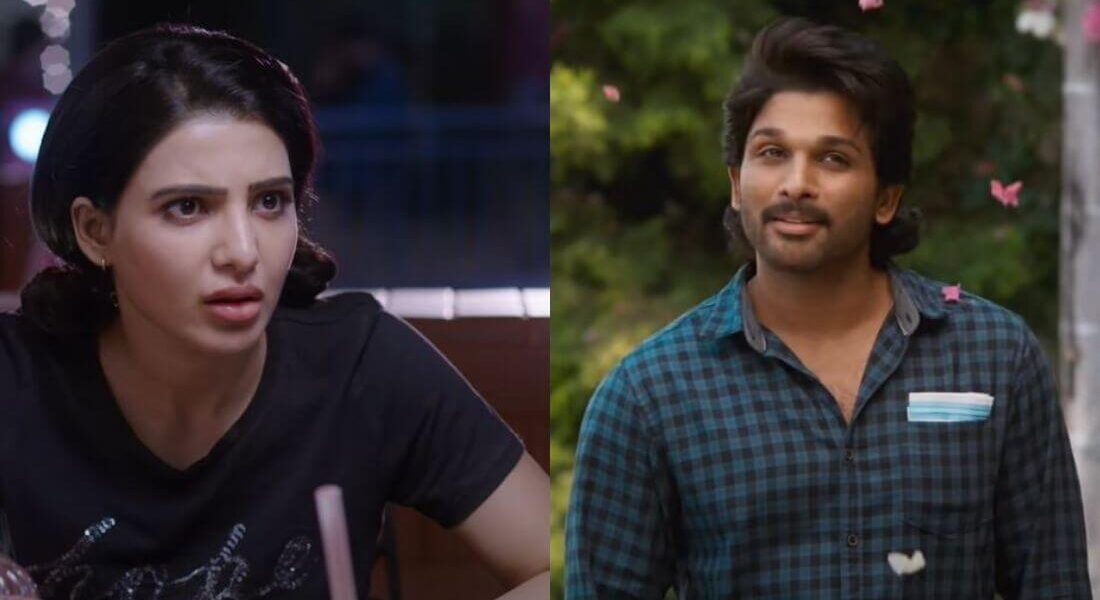 When it comes to Telugu movies, we all know how entertaining and original they are. OTT Platforms like Netflix and Amazon Prime Video are collaborating with Telugu cinema producers to create original and exclusive movies for their platform as well. From national award-winning to most popular among fans, Netflix has got some of the best collections of South Indian movies. We have curated a list of some of the best Telugu movies on Netflix that you can stream as a beginner or as a hardcore fan.

Here is a list of the top Telugu movies on Netflix to watch right now:

Ala Vaikunthapurramuloo is one of the most popular Telugu movies that features superstar actors like Allu Arjun, Pooja Hegde, Tabu and Vaishnavi Chaitanya in key roles. The movie showcases the story of Bantu who was constantly criticised by his father while growing up. Suddenly, he gets to know that he is the son of a millionaire and was switched with someone during birth. This movie also has beautiful music including the famous ‘Butta Bomma’ song that has made even foreigners dance to its tune.

Oh! Baby is a Telugu comedy-drama film featuring Samantha Akkineni, Naga Shaurya, Lakshmi and B V Nandini in key roles. The story of this movie revolves around a 70-year-old woman named Savitri who is not quite happy with her life and blames god for it. Suddenly, her life turns around after going to a photo studio and she turns into a 20-year-old young lady. The film is directed by B. V. Nandini Reddy and is a must-watch family drama.

Spyder is a 2017 released Telugu action thriller movie that showcases the story of an intelligence officer named Shiva. He builds an advanced technology system that helps him in tracking people who are in need of help across the city. This software tech leads him to find out about a serial killer on the loose and save civilians. The movie features Mahesh Babu, Rakul Preet Singh, Bharath and Priyadarshi Pulikonda in key roles.

A unique musical romantic movie that revolves around the story of a passionate singer-songwriter. He is challenged to compose 100 songs in order to marry the love of his life. The music of this film is produced by legendary A. R. Rahman and the film is directed by Vishwesh Krishnamoorthy. Apart from Telugu, this film is also available in Hindi, Tamil and more regional languages. The cast of the film includes Edilsy Vargas, Manisha Koirala, Ehan Bhat and Lisa Ray in key roles.

Jagame Thandhiram is a 2021 released Telugu crime thriller featuring Dhanush, Aishwarya Lekhsmi, Sanchana Natrajan and James Cosmo in key roles. This movie showcases the story of Suruli, a gangster who is hired by a crime lord from abroad due to a rivalry. Later he is stuck between moral good and evil in a fight for home. The movie is directed by Karthik Subbaraj and is a great action-crime to stream on Netflix.

Released in 2021, Wild Dog is an action thriller movie that revolves around the story of a conuterterror task force agent who investigates and neutralises bombimg attacks in Hyderabad. The story is based in the year 2007 where a terror mastermind is planning a to bomb simultaneously at different location. The cast of the film includes Nagarjuna, Dia Mirza and Saiyami Kher in key roles.

Uppena is a Telugu romantic drama movie that released in 2021 and features Krithi Shetty, Vaishnav Tej, Vijay Sethupathi and Gayatri Jayaraman in key roles. This film showcases the story of a fisherman named Aasirvadham who fall for the daughter of village sarpanch. The cast issues and social ego doesn’t let those two become a couple. Things take a wild turn when the sarpanch gets to know about these two and the struggle of this story begins.

Cinema Bandi is Telugu drama comedy starring Sindhu Sreenivasa, Trishara and Vikas Vashistha in key roles. The film revolves around the story of a rickshaw driver who is having a hard time surviving and earning a livelihood. Things take a surprising turn when he somehow gets an expensive camera and decides to make a movie along with his fellow villagers. A wholesome comedy that will definitely tickle your funny bone.

9. Krishna and his Leela

Krishna and His Leela is a Telugu rom-com movie that showcases the story of a guy who is very confused about his relationship and has commitment issues. As the story proceeds the guy tells lies and cheats in order to escape from committing in a relationship. It gives you a perfect scenario of how some relationship are nowadays with the youth. The cast of the film includes Shalini Vadnikatti, Siddu Jonnalagadda, Shraddha Srinath and Seerat Kapoor in key roles.

This is a unique Telugu drama movie that revolves around the story of a small photographer named Uma Maheshwara Rao who is beaten up by a bully and his goons at a market. To seek an act of revenge for this humiliation, Uma comes up with a way that is very unconventional. The cast of the film includes Satyadev Kancharana, Roopa Koduvayur, Ravinder Vijay and Karuna Kumar in key roles.

World Famous Lover is a Telugu romantic drama movie featuring Vijay Deverakonda, Rashi Khanna, Izabelle Leite and Aishwarya Rajesh in key roles. The story of the film revolves around an aspiring writer named Gautham who writes down his thoughts in the form of love stories as he grieves his heartbreak. As he starts to write, he comes to realise the mistakes he had made in his relationship down the line. The movie is a combination of four different love stories set in scenarios described by Gautham.

Ee Nagaraniki Emaindi is a 2018 released rom-com Telugu movie that showcases the story of four childhood friends who go on an adventurous trip to Goa. As they reach Goa, they decide to reignite their passion for filmmaking once again and shoot a short film together. The movie features Vivek Sen, Sushanth Reddy, Abhinav Gomatam and Anisha Ambrose in key roles.

Bheeshma is a Telugu action-romance movie released in 2020 that features Nithiin, Rashmika Mandhanna, Jisshu Sengupta and Rajiv Kumar in key roles. The story of this film revolves around a guy named Bheeshma who is a young bachelor looking for a girlfriend. He works for an organic company which is named Bhesshma Organic, matching his first name. A great and wholesome family Telugu movie to watch on Netflix right now.

One of the best Telugu romantic thriller movies to stream on Netflix right now is Manu featuring Raja Goutham, Chandini Chowdhary, John Kottoly and Aberaam Varma. The movie showcases the story of an artist and a photographer who fall for each other but things take a mysterious turn when a new tenant named Akbar moves in. This is a one of a kind Telugu movie that you must watch if you haven’t yet.

Care of Kancharapalem is one of the highest-rated Telugu romantic drama movies to stream on Netflix. The film revolves around four love stories set in different scenarios, from a school kid’s crush to a middle-aged bachelor having an office romance. The story showcases how love feels in different walks of life. The cast of this film includes Radha Bessy, Subba Rao, Praneeta Patnaik and Karthik Rathnam in key roles.

Neevevaro is a 2018 Telugu romantic thriller that showcases the story of a Chef named Kalyan who is visually disabled and promises to help the woman he loves after knowing his financial condition. As the story proceeds, he ends up finding a hidden truth about her that changes his perspective. The cast of the film includes Aadhi Pinisetty, Tapsee Pannu, Vennela Kishore and Ritika Singh in key roles.

Adhugo is a unique Telugu drama comedy released in 2018 that showcases the story of a fast-paced piglet named Bunty. As he become known for his pace in the area, many rivals try to get their hands on him to make profits by making him run in animal racing competitions. The running and chasing scenes in the movie make it very funny and entertaining. This movie features Nabha Natesh, Ravi Babu, Abhishek Varma and Kanal Kannan.

Awe is a 2018 Telugu thriller sci-fi movie that showcases the story of six people who are going through different problems in their life and end up being at the same cafe. The surprising thing is that a life chnaging event happen in each of their life at that very place. The film is directed by Prasanth Varma and features Kajal Aggarwal, Nithya Menen, Srinivas Avasarala.

Released in 2019, Mallesham is Telugu biography film that showcases the story of Chintakindi Mallesham who invented the Lakshmi Asu machine. The machine helped in processing yarn for sarees mechanically which reduced efforts of weavers. While he is praised for his work now he had to go through a lot of societal challenges during this process. The movie features Ananya Nagalla, Jayasri Rachakonda, Priyadarshi Pulikonda and more.

Dorasani is a Telugu romantic drama movie featuring Anand Devarakonda, Shivathmika Rajashekhar, Vinay Varma and Joy Badlani in key roles. This movie revolves around the love story of a poor guy named Raju and a rich girl named Devaki. Due to the class difference between them, they face several challenge as the girl’s father is unaccepting of this relationship. A classic Telugu love story movie to watch on Netflix right now.

Wife Of Ram is a 2018 released Telugu thriller movie featuring Lakshmi Manchu, Priyadarshi Pulikonda, Samrat Reddy and Aadarsh Balakrishna in key roles. This film revolves around the story of a bold lady named Deeksha who is on a mission to find her husband’s murderer when police couldn’t do that work efficiently. The film is directed by Vijay Yelakanti and is one of the best Telugu movies on Netflix.

Thimmarusu is a 2021 released Telugu crime thriller that revolves around the story of a young boy who was framed for a murder he didn’t commit and had been in jail for 8 years. An upcoming criminal lawyer re-opens his case and while studying the case he finds out that the real culprit is roaming freely and tries to take him down. The cast of the film includes Satyadev Kancharana, Ankith Koyya, Ajay and Priyanka Jawalkar in key roles.

Anaamika is a Telugu Thriller movie that keeps you engaged, it features Nayanthara, Vaibhav Reddy, Pasupathy and Harshvardhan Rane in key roles. The story of the film revolves around a woman who is looking for her lost husband in Hyderabad with the help of a cop. As the story proceeds, they seem to explore some dark mysteries going on. This film is a remake of the Bollywood movie Kahaani featuring Vidya Balan as the lead.

We hope you had fun exploring these best Telugu movies on Netflix. Happy Binging!