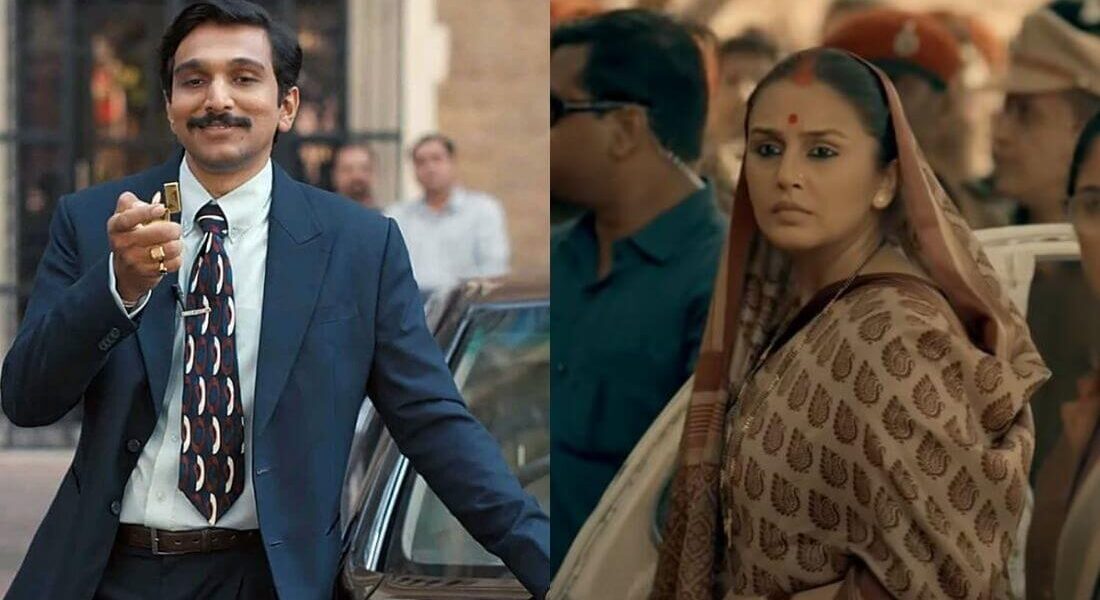 SonyLIV has been around in the OTT space for quite longer than some of the popular OTT platforms. The streaming app has gained a lot of attention after the release of Scam 1992. It has some of the highest-rated web series streaming online and has joined the competition with elite platforms like Prime Video and Netflix. If you still haven’t watched some of the best content on the platform, we have curated a list of the 15 best Hindi web series to watch on SonyLIV.

Here is the list of best Hindi web series on Sony Liv that you can watch:

Based on the life of Harshad Mehta – the infamous “Bachchan of BSE”, this is one the highest-rated web series in India. This crime drama showcases the rise and fall of Harshad who was a stockbroker in Bombay in the 90s and how he manipulated the stock market with bankers and politicians. The cast of the web series included talented actors like Pratik Gandhi, Shreya Dhanwanthary, Anjali Barot, Kavin Dave and many more.

Starring Abhay Deol, Pankaj Kapur, Piyush Mishra and many more talented actors, JL 50 is a sci-fi thriller that will leave you in awe. The story of the web series revolves around the discovery of a recently crashed plane in West Bengal but things take a mysterious turn when they find that the plane flew 35 years ago. JL 50 is directed and created by Shailender Vyas, and keep you engaged in the story.

Based on the 2016 URI attack and Indian Line of Control strike, Avrodh is a war action Hindi web series on Sony Liv.  Featuring Amit Sadh, Vikram Gokhale, Neeraj Kabi and Darshan Kumaar in key roles, this series showcases what went behind and on the ground during the URI strike. It portrays how a group of Indian army officers destroyed terrorist camps by entering PoK. A must watch for all action and military film lovers.

One of the best family comedy web series on Sony Liv, Gullak is the story of the Mishra family’s everyday incidents. The series showcases relatable situation like the son’s demand for scooter and more such scenarios of a lower-middle-class family. Gullak is a show that you can watch with your family and feel light-hearted. The cast of the show includes Vaibhav Raj Gupta, Shivankit Singh Parihar, Geetanjali Kulkarni, Raj Gupta and many more.

Created by The Viral Fever (TVF), this web series is one of the most popular shows that got them recognised in their early days. The story of the show revolves around four friends who are trying to enter into the business world by starting their own startup. The show relates to many working-class audiences who are stuck in something that they don’t like and want to explore their passion by the means of a startup. The cast of the web series includes Naveen Kasturia, Arunabh Kumar, Jitendra Kumar and Abhay Mahajan in key roles.

Recently released on Sony Liv, Maharani is a drama web series featuring Huma Qureshi, Sohum Shah, Amit Sial, Kani Kusruti and Inaamulhaq. The plot of the show is inspired by true events that happened in Bihar in the 90s when Lalu Prasad Yadav made his wife Rabri Devi his successor. This move made a huge impact on Bihar politics and the national political scene as well. One of the best web series that has recently released on Sony Liv.

Released in 2020, Undekhi is a crime thriller that is inspired by real events. The story revolves around the murder of a girl at a wedding and how a wealthy family tries to cover it up with all they got. The web series features Surya Sharma, Dibyendu Bhattacharya, Ayn Zoya and Anchal Singh in key roles.

Featuring Jimmy Shergill, Varun Badola, Parul Gulati and Pulkit Makol in key roles, ‘Your Honor’ is a crime-drama web series on Son Liv. The story of the show revolves around the son of a reputed judge who gets involved in a hit and run case. The judge has to take tough decisions between saving relationship and subverts the law to save his son from a deadly gangster.

The second season of the popular web series ‘College Romance’ is a treat to stream on Sony Liv but the story of the show is a little different. This time Trippy is hanging out with a new girl after break up and comes a conflict of a group between all of them. However, the web series has a lot of funny and quirky scenes especially from the character of Bagga. The series features Manjot Singh, Apoorva Arora, Keshav Sadhna and Gagan Arora in key roles.

One of the best web series on Sony Liv to watch with your girl gang and college buddies is Girls Hostel 2. The story of this show revolves around the girls’ hostel of SVM dental where there are crisis and bhasad like any other hostel. However, this time the girls are trying to make a change a choose between Jo and Zahira in the election. The web series features Parul Gulati, Srishti Shrivastava, Ahsaas Channa and Simran Natekar in key roles.

A Simple Murder is the story of a failed businessman who gets involved in the contract killing of the daughter of a politician. This dark comedy web series on Sony Liv captures your attention with the storyline as well as humour. The web series features Mohd. Zeeshan Ayyub, Priya Anand, Amit Sial and Sushant Singh in key roles. A must watch crime drama web series in 2021.

Sandwich Forever is a 2020 released comedy-drama web series starring Ahana Kumra, Kunal Roy Kapur and Lubna Salim among others. This 15 episode series showcases the chronicles of a young couple, Sameer and Naina, whose parents move next door as their neighbours. A family drama you can’t afford to miss on Sony Liv.

Shrikant Bashir is a crime thriller web series that revolves around the story of two partners with different ideologies but a similar vision to solve crimes. Shrikant Mhatre and Bashir Khan is the duo who don’t see eye to eye but somehow they have to work together in the national interest. The cast includes Priya Chauhan, Ashmita Jagga, Imran Javed and Gashmeer Mahajani in key roles.

Recently released in 2021, Love J Action is a romantic action web series that revolves around the story of Jackson Awasthi and a betrayal by his girl. The series is created by Saurabh Tewari and includes top talent like Anud Singh Dhaka, Kangan Baruah Nangia, Puru Chibber and Rohit Choudhary among others.

Released in April 2021, Kathmandu Connection is a crime thriller web series that is a mix of the SpecialOps and Family Man. The story showcases a blend of three different events related to the Mumbai 1993 blast and how each of them has a common connection in a casino in Kathmandu. The cast of the series includes Anshuman Pushkar, Anurag Arora, Gopal Datt and Amit Sial in key roles.

We hope you had fun exploring these best web series on Sony Liv. Happy binging!